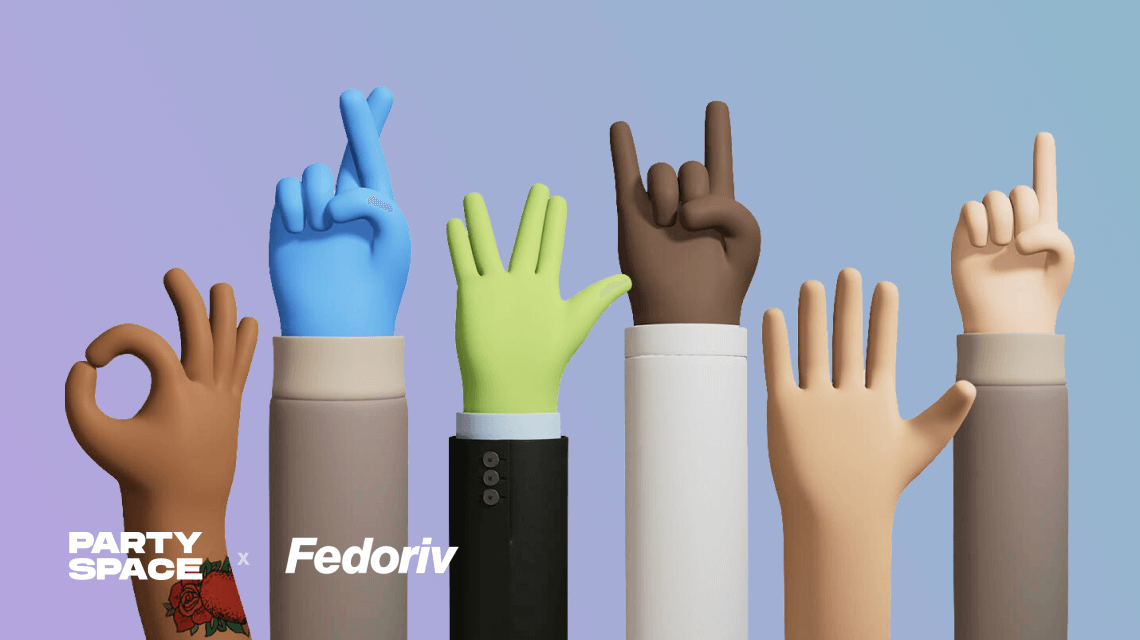 Fedoriv Method 3.0 is the third event hosted by the Ukrainian innovative marketing agency Fedoriv, and dedicated to the most high-profile cases in the country that everyone is discussing. The event took place on the 23rd of June, 2021, on the rooftop of Kooperativ, a famous Kyiv co-working space for business leaders to share their expertise in a relaxed, informal manner.

This time, the secrets of the marketing universe were revealed using examples of projects for Megogo, Rozetka, Bodo, Globino, Rabota.ua, Molodist film festival, and many others. Six speakers discussed the topic of internal cultures that form excellent teams and explained why a customer experience department should be an integral part of any modern communication agency.

As 2021 continues to be affected by COVID-19, the planning and implementation of the Fedoriv Method would have to take health concerns into account. With the loosening of quarantine measures, the organizers decided to hold the main event offline as it used to be before the pandemic. Nevertheless, the team decided to immediately expand the format with online access to the event.

As an innovative marketing agency, Fedoriv simply could not go the usual route. Streaming on YouTube or a conference on Zoom was not an option. After performing brief research, the organizers found PartySpace - a platform for online events that fully corresponded to the spirit and philosophy of the Fedoriv agency.

"We were looking for an online event platform that could provide the same exceptional experience as the Kooperativ's rooftop space but online. We prepared the online part on a tight schedule, so the supplier had to react quickly. By the way, this is exactly how PartySpace worked," says Hanna Terletska, Head of Events at Kooperativ & Fedoriv Group.

Here are the requirements that the organizers prioritized when choosing a platform for their event:

On the 23rd of June, 200 participants began logging in to the Fedoriv Method 3.0 virtual space. A 6-hour event awaited them, with six speakers ready to explain the most compelling cases in the industry.

Each user who had purchased a ticket for the event logged in using a unique link specifically generated for them. Inside, they found themselves in the central hall of the event, where offline performances were broadcast from the Kooperativ's rooftop.

The event was synchronized between two scenes, the virtual and the real. Visitors to the virtual event could ask questions to speakers at the offline venue, commenting on what was happening among themselves, and chatting in groups. This was possible thanks in part to the topology of Party.Space's virtual space resembling the actual space. This means that people can gather in groups for conversation and, diverging from each other, stop to listen to what someone else is saying.

The six-hour online event went off without a hitch for every participant. Guests attending the event from other cities participated on an equal basis with their offline counterparts.

"We were surprised by the level and speed of organization of our event by the PartySpace team. Kooperativ received a cozy branded 3D space that fully corresponded to the creative spirit of the agency. Most of the online participants were amazed by the event and the unexpected technologies used. We were pleased with the partnership with Party.Space, and so were our guests."

Learn more on how to foster your corporate culture, have fun and organize real-life office workspaces while going 100% remote.

375 Epidemic Sound colleagues got together in Party.Space during the annual Spring Bash online celebration

70+ employees from Grammarly's Vancouver and Kyiv offices met for the first time in Party.Space

Join us on Linkedin:

By clicking “Accept All Cookies”, you agree to the storing of cookies on your device to enhance site navigation, analyze site usage, and assist in our marketing efforts. View our Privacy Policy for more information.
PreferencesDenyAccept